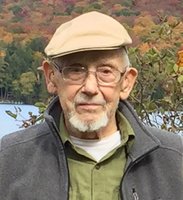 “Ole” Don Newsy passed away on February 6, 2019 at age 95, among family and friends at Iroquois Nursing Home. His family wishes to express their gratitude for the kind, compassionate, caregiving he received during his time at Iroquois.

Don was born in 1923 to Pauline and Charles Newsholme. He attended Van Duyn elementary and graduated from Valley High School. In the late 1930‘s his family moved to Baltimore, MD to find work in the war effort, and where he met his wife Ruth Lucas. He will be missed by daughter Deborah (Steven) Finette; first cousins Gwen Demarest, Richard, and William Himmelwright; brother-in-law Jack Lucas; niece Jaci Lucas-Kennedy, nephews Jaq and Steven Lucas; long time neighbors Patti and Jeff Cain; and their families.

In 1943 Don enlisted and served as a Staff Sergeant/aerial gunner specialist with the 328th USAAF to support the air offensive over Europe. His discharge in 1945 acknowledged his “honest and faithful service to his country”.

Don worked for NY Telephone and AT&T for over 35 years. He and Ruth lived and raised their daughter Deborah in the Valley area of Syracuse. As a scout leader, and avid fly fisherman he enjoyed every opportunity to spend time camping, canoeing and fishing in the Adirondacks, Finger Lakes and rivers of his beloved Central NY. His enthusiasm for bicycling lead him to complete a cross country tour after age 60. Don and family worshipped at South Presbyterian Church. He later attended St. Andrew’s Episcopal Church, and most recently Hope Presbyterian Church.

Memorial gifts may be made to: