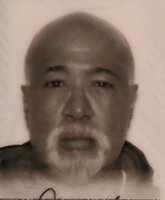 Derrick B. Lewis Sr., of Syracuse, suddenly departed this life on December 31, 2021. He lived in Syracuse all his life, working several jobs in the area. Derrick enjoyed spending time with his grandkids and listening to music while washing cars. He was an avid LA Lakers fan, trying not to miss a game with his sons Derrick Jr. and Randell.

Derrick was predeceased by his parents Benny and Willie Mae Lewis and his sister Deborah Lewis.

A funeral service will be private.