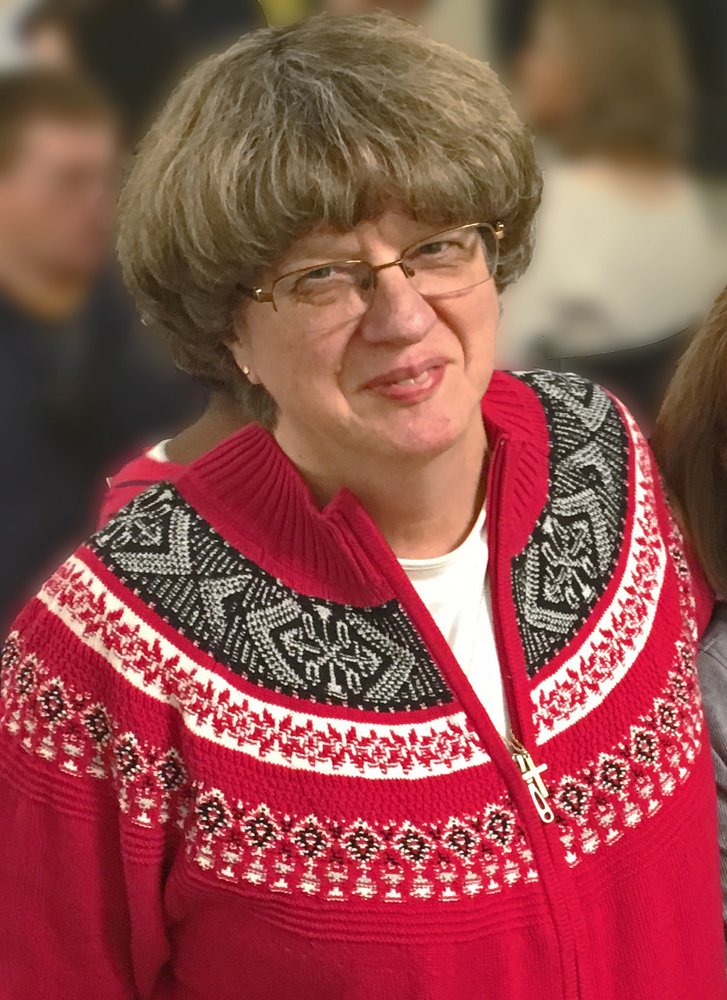 An angel on Earth, Viola Ann Marcy became an angel in the sky early in the afternoon of Friday, December 20, 2019 surrounded by her loving family after a long illness.

Vi was born September 17, 1951 in Syracuse, the daughter of the late Helen Kotel and Marion "Jim" Boughton. A graduate of Central Tech High School, Vi first worked at Brighton Pharmacy before being hired by the Onondaga County Sheriff's Office in the early 1980s.  There she worked as a clerk for their newly-created Traffic Accident Control (TAC) Team and met her future husband, David, who was her boss.

Vi also worked in the china department at Dey Brothers Department Store at Fairmount Fair until the store closed.  She retired from Onondaga Community College in 2016 after more than 20 years at Coulter Library.  She loved working with the students and was also tasked with keeping the college archives up-to-date and creating displays to highlight college history. During her time there, Vi received the OCC Staff "Select" Award and was inducted into the Syracuse/Onondaga County YWCA's Academy of Diversity Achievers.

Vi loved to volunteer and help others, and was part of the Tuesday morning breakfast club at Road To Emmaus Ministry where she helped prepare and serve meals each week.  She tried to put smiles on people's faces, even in unexpected moments, such as when she'd give store cashiers lottery tickets as a 'thank you' during a stressful holiday season.

Vi was an avid reader and always had a stack of books nearby.  She enjoyed crafting and loved doing needlepoint, and also created beautiful pew bows all on her own for each aisle at her daughter's wedding.  Vi was a huge fan of the New York State Fair and often attended every single day of its run each year. She also loved working events for Galaxy Media Partners and was known as the "Queen of the Wine Check." But above all, she was a huge fan of Barry Manilow and saw him perform live more than 20 times.

For much of her life, Vi was very active at her church, South Valley Presbyterian, where she served as Deacon, Elder, Session Member, and Financial Secretary.

Vi is survived by her husband of 37 years, David; her daughter Elizabeth (James) Beebe of Minoa; and brother Patrick Boughton of Rome.  She'll also be remembered forever by several Godchildren, many friends who were more like family, her church family, and so many people whose lives she touched.

Vi's family would like to thank the staff at Crouse Hospital (especially on 4 South and in the Intensive Care Unit), the staff of Loretto's Fahey Rehabilitation Center, Dr. Jeffrey Kirshner, Dr. Patrick Riccardi, and Dr. Robert Polachek for their care and support during Vi's life and helping her on her journey.

Friends may call on Friday, December 27th from 2pm to 4pm & 7pm to 9pm at Ballweg & Lunsford Funeral Home, 4612 South Salina Street, Syracuse.  A memorial service will be held Saturday, December 28th at 10am at Our Lady of Hope Roman Catholic Church, 4845 South Salina Street, Syracuse.  The Rev. Beth DuBois of South Valley Presbyterian Church will preside.  In lieu of flowers, the family requests donations be made in Vi's name to Road To Emmaus Ministry of Syracuse, Inc., P.O. Box 15224, Syracuse, New York 13215 or online at EmmausMinistry.org.

Share Your Memory of
Viola
Upload Your Memory View All Memories
Be the first to upload a memory!
Share A Memory
Send Flowers