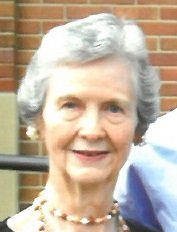 Kathryn June Urban, 92, of Syracuse, passed away on Wednesday. She was born in Syracuse to Theodore E. and Kathryn Nachant Grome. After graduating  from Onondaga Valley Academy,  Kathryn worked for General Electric Corp.  She was predeceased in 2008 by her husband of 47 years, John Michael Urban. She was a communicant of St. James Church.

Services will be private

To send flowers to the family or plant a tree in memory of Kathryn Urban, please visit Tribute Store

Share Your Memory of
Kathryn
Upload Your Memory View All Memories
Be the first to upload a memory!
Share A Memory
Send Flowers