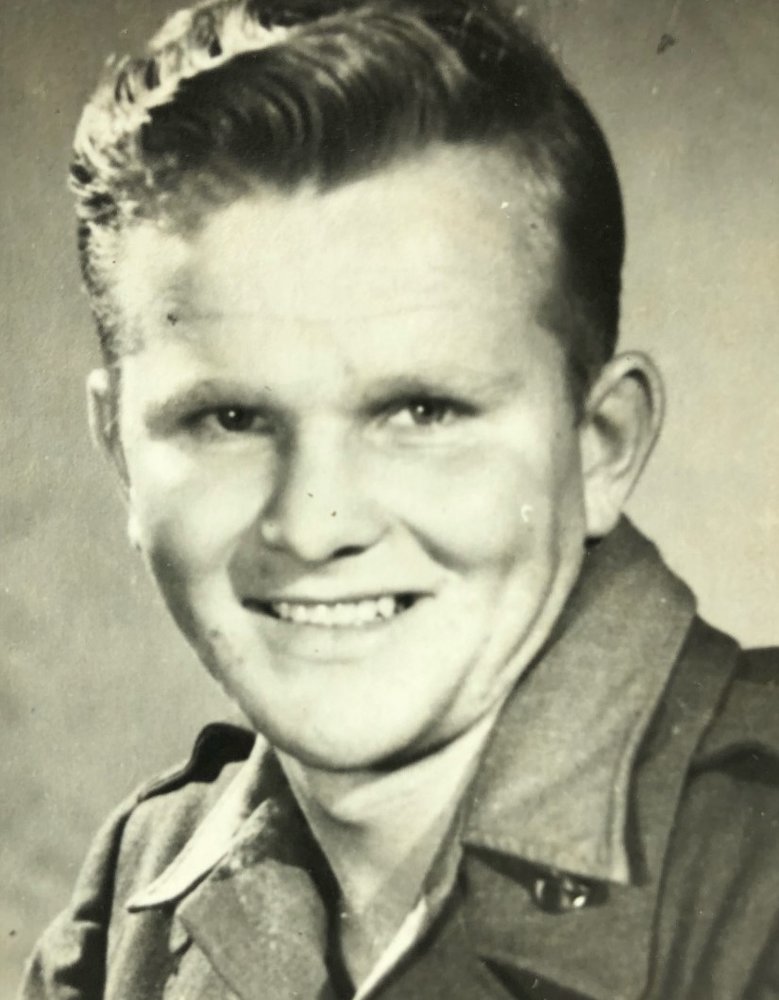 Edwin G. Christoffel, Sr., 94, of Lafayette, NY passed away on November 5, 2020. He was born in December 1926 in Lafayette on his family’s farm. He worked hard with his family to maintain that farm beginning at a very young age. Ed attended a one-room schoolhouse on Old Coye Road in Lafayette, where he loaded the wood in the stove each morning before students would arrive. He was an excellent student, and went on to graduate from Onondaga Valley High School at the age of 16. His teachers wept when he told them he would not being going to college. After graduation, he worked at Nettleton Shoe Company in Syracuse.

On March 4, 1942, he entered the Army at Fort Dix in New Jersey. He fought bravely as a World War 2 Bazooka man at the Battle of the Bulge. The conditions were horrific, and he was wounded by shrapnel while bringing a tank down. On June 12, 1946 he was discharged, and he received the Purple Heart. He never wanted to participate in events that would honor his service, as much as his family tried. The detailed stories of his time in battle that he shared with his family will be cherished for years to come.

After serving our country, Ed returned home and began a life of very hard work. He owned and operated his own auto repair shop on Wolf Street. He also worked for Hauser Elevator Company, where he assisted in installing elevators in the Syracuse War Memorial. In addition, he worked for Tuttle Sales Company where he repaired washers and dryers. He then began his own business of washer and dryer repairs that he ran for over 40 years. His ability to repair anything with a motor in it was uncanny, and he worked on his own vehicles up until a couple of years ago.

On September 7, 1950 in Tupper Lake, New York, he married the love of his life, Ms. Nancy J. Snyder. They were married for over 50 years, and they had four children, whom they raised in the house right next door to his family farm on Lafayette Road. His endless hard work resulted in many years with summer vacations on Tuscarora Lake and winter vacations in Daytona Beach, Florida.

Ed was an incredibly smart, independent, and strong man who supported his family in any way he could his entire life. He was very tough physically and mentally, and many marveled at his agelessness. Ed was not one to mince words, and he was not afraid to call you out if he thought you were wrong. Above all, he had a heart of gold, and he adored spending time with his family at every special occasion. We were all blessed with the treasure of his amazing long life, and his legacy will live in our hearts forever.

Calling hours will be held on Tuesday, November 10 from 2p to 5 pm at Ballweg & Lunsford Funeral Home, Lafayette. There will be a private burial with family on Wednesday, November 11 at Greenlawn Cemetery in Warners. Online condolences for the family may be left on the funeral home website.

To send flowers to the family or plant a tree in memory of Edwin Christoffel, Sr., please visit Tribute Store
Tuesday
10
November

Share Your Memory of
Edwin
Upload Your Memory View All Memories
Be the first to upload a memory!
Share A Memory
Send Flowers