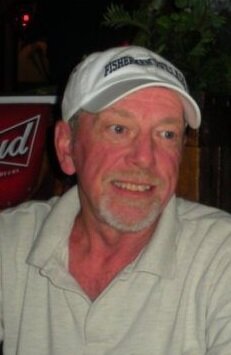 Michael J. Conners, 66, of Syracuse, passed away peacefully at home on December 31, 2021, after a long illness. He was born in Syracuse, graduated from Onondaga Central Schools, and retired after 17 years with Liverpool Central School District as a mechanic.

Mike was an avid sportsman throughout his life. He was most passionate about being outdoors, hunting and fishing. He learned to hunt from his grandmother and father and later passed this passion on to his sons. He also enjoyed coon hunting with his dogs. His love for the outdoors took him to the St. Lawrence River, where summers were spent with family and friends boating, fishing, and creating awesome memories.

Mike enjoyed organized sports especially baseball and hockey. His devotion to hockey began as an adolescent playing Midstate Youth Hockey and he also played for the Syracuse Junior Blazers, a U.S. Junior A hockey team. He then went on to referee hockey in his spare time for several years. He then helped coach, guide and watch his grandsons as they learned to play and love the game of hockey.

Mike also grew up playing baseball and then men’s slow-pitch softball including a year with the Syracuse Salts professional softball team.

There are no services at this time and a celebration of life is being planned for later this year.

To have a memorial tree planted in an area of need in honor of Mike, please use the Send Flowers link to the left. To light a memorial candle, or leave a condolence for his family, please visit Mike's Tribute Wall.

To send flowers to the family or plant a tree in memory of Michael Conners, please visit Tribute Store

Share Your Memory of
Michael
Upload Your Memory View All Memories
Be the first to upload a memory!
Share A Memory
Send Flowers
Plant a Tree