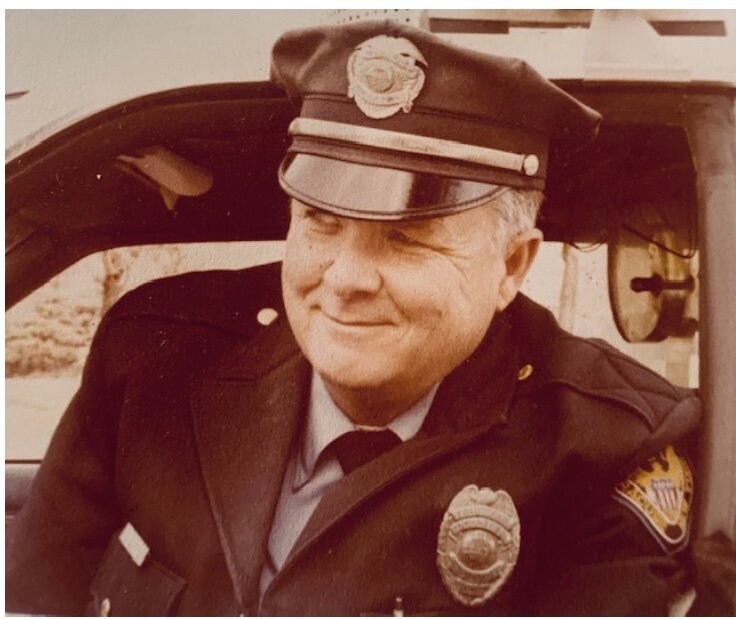 Homer was born on the west side of Syracuse and lived in the city all of his life.  He was a proud Veteran of the United States Army, after which he served with great honor and dignity, as a Syracuse Police Officer for 34 years patrolling and protecting the city that he loved so much.  He was well known as a fair, compassionate, and humorous man in the Valley neighborhood in which he raised his family and served as an Officer.  His was the day when officers walked the beat, later on moving into patrol cars, where his desire and efforts to help the community were a daily event for him.  Whether it be to assist the troubled, lend a hand to the needy, or be a shoulder for a citizen to cry on, he never knew what was at the end of each police call, but he handled them all with grace, calm dignity, and a love and dedication to his work that was legendary.  Be it as simple as a stolen bicycle, or as traumatic as a violent crime scene, he faced each one with quiet strength and dedication.  He placed himself in danger every day, he was injured in the line of duty at times, but his devotion to his work never faltered. His family was and will always be extremely proud of his Veteran status and his many years as a Syracuse Police Officer.

He had many hobbies and talents.  Homer was an avid reader, he would sit for hours in his chair under the lamp totally engrossed in his latest read.  He was also a wonderful caricature artist who could whip up a sketch in minutes, passing his artistic ability on to many of his offspring.  His knowledge and knack for repairing automobiles was a talent he not only used many times, but passed down to his sons, grandsons and great grandsons.  His humor and ability to roll with whatever life decided to toss at him, was a large part of who he was.  It helped him calmly steer in the still waters, and navigate over the rough ones.  He was a loving and extremely dedicated husband to his wife Elizabeth, who shared his lust for life and unwavering will to make the most of it.

Homers pride in his family, his home, his service, was a credit to him as a son, a husband, a father, a grandfather.  May he Rest In Peace.

Funeral services will be private.

To send flowers to the family or plant a tree in memory of Homer Clark, please visit Tribute Store

Share Your Memory of
Homer
Upload Your Memory View All Memories
Be the first to upload a memory!
Share A Memory
Send Flowers
Plant a Tree