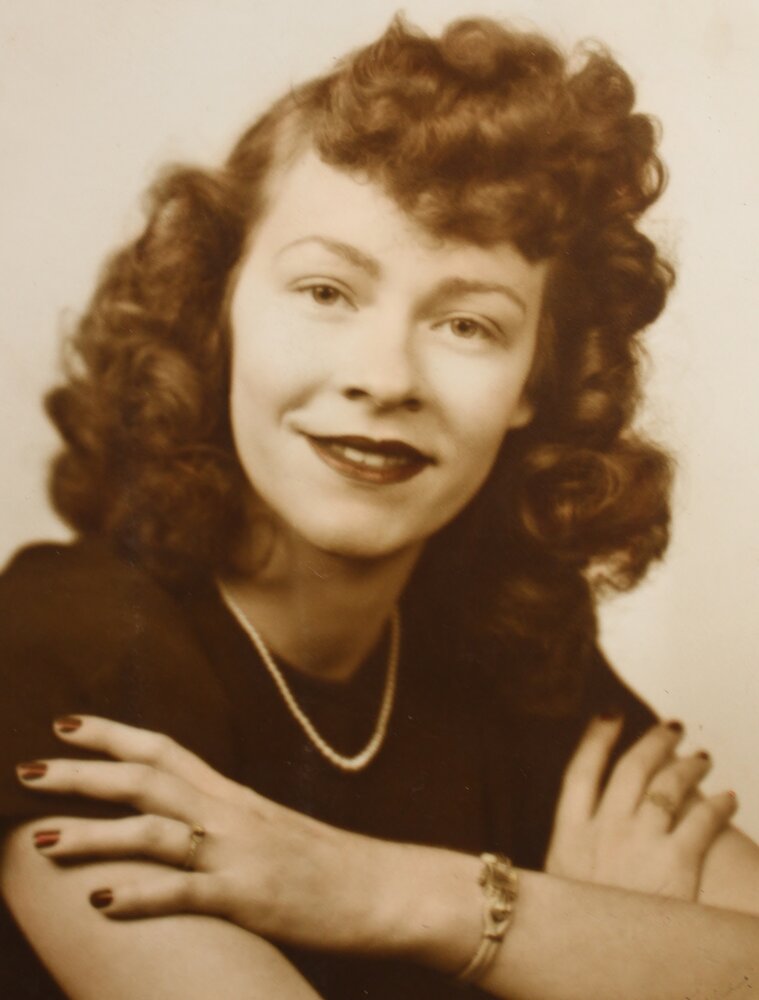 Blanche was born on June 2, 1925 on a farm in Claire, N.Y. After her father died at a young age, she and her two sisters and brother were raised by their mother, all working on the farm. Blanche helped take care of the cows, roll hay, pick and can vegetables and tap maple trees for syrup, bringing the vats of syrup to the sugar house on a team of horses.

After high school, she went to beautician school, and she later kept a salon in her basement for doing friends’ and family’s hair. She worked the elevator at Onondaga Hotel, worked at Syracuse department stores E.W. Edward, and at typewriter company L.C. Smith before moving to Wilmington, Del. with her sister Thelma. She worked during World War II as a shell inspector at a shell plant, where she met her future husband Robert Peden, with whom she enjoyed many happy years.

While Robert served overseas with the Army, Blanche returned to Syracuse and worked in a beauty salon. Robert returned in May of 1947, and they were married in June, having five children together (two of which died at birth). After raising her three children, she worked at Sears in downtown Syracuse, as well as for Carrier Corp. and later at Town and Country Veterinary Hospital.

Blanche is predeceased by her husband, Robert Peden (2007); her parents, Roy and Alice (Curtis) Garner; her sisters, Thelma Schollian and Norma Hurley; and her brother Keith Garner.

She is survived by her children, Robert and Pat Peden of Syracuse; Donalee and Bill Wesley of Syracuse; and Mike and Judy Peden of Horseheads, N.Y.; her grandchildren, Breanna Fitzgerald, Nikki Carter, Amanda LinScott, Shaun Peden and Tiffany Peden, Jennifer Thompson, Chris Wesley; as well as several great-grandchildren; two great-great grandchildren; many nieces and nephews, and a giant, recalcitrant Maine coon, Finnegan.

Contributions in lieu of flowers may be made to an animal shelter of your choice.

To send flowers to the family or plant a tree in memory of Blanche Peden, please visit Tribute Store
Monday
24
January

Share Your Memory of
Blanche
Upload Your Memory View All Memories
Be the first to upload a memory!
Share A Memory
Send Flowers