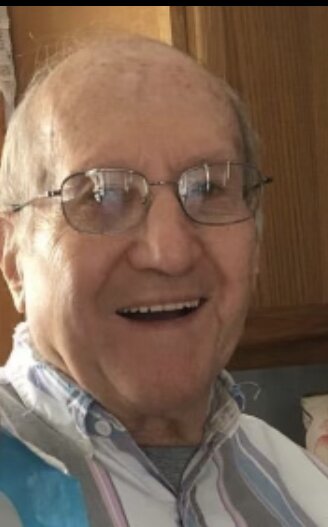 Obituary of Carl A. Compton

He was predeceased by his parents, Burton and Pearl Compton, brothers Harold, Lloyd, and Roy, sister Arlene Golden, and son-in-law Edward “Easy” Ryder.

He was born in in Candor, NY, and graduated from Tully Central School in 1949, where he lettered in football. He served in the US Army Quartermaster Corps from 1951–1954 and was stationed in Germany for a time.  After leaving the Army, he was co-proprietor with his brother Lloyd of an Atlantic Richfield service station in Westvale. He worked at Crouse Hinds, where he played on the company’s basketball team with several of his brothers-in-law. After leaving Crouse Hinds, he was employed by Porter Cable/Rockwell International, then Diefendorf Gear Corp until he retired in 1996.  Carl was involved in his church communities, initially at the First Baptist Church in Tully, where he was a long-time deacon. He later became one of the founding members of the LaFayette Alliance Church, where he served in a variety of positions. He was also an Assistant Fire Chief and honorary member of the LaFayette Volunteer Fire Department.
After he retired, he enjoyed traveling with his wife and friends. He took pleasure in working with his hands. He built his own house, doing everything from digging the cellar to nailing shingles on the roof.  He freely shared his carpentry skills with all who asked. He was a loving father, grandfather, and great-grandfather who always made time for fun. From horses to snowmobiles or epic games of hide-and-seek and croquet, he created cherished memories for his family.

Calling hours will be from 9 AM to 11 AM, Friday, April 29th at LaFayette Alliance Church with a service of remembrance immediately following at 11 AM.
Ballweg and Lunsford Funeral Home has care of arrangements.

To send flowers to the family or plant a tree in memory of Carl Compton, please visit Tribute Store
Friday
29
April

Share Your Memory of
Carl
Upload Your Memory View All Memories
Be the first to upload a memory!
Share A Memory
Send Flowers