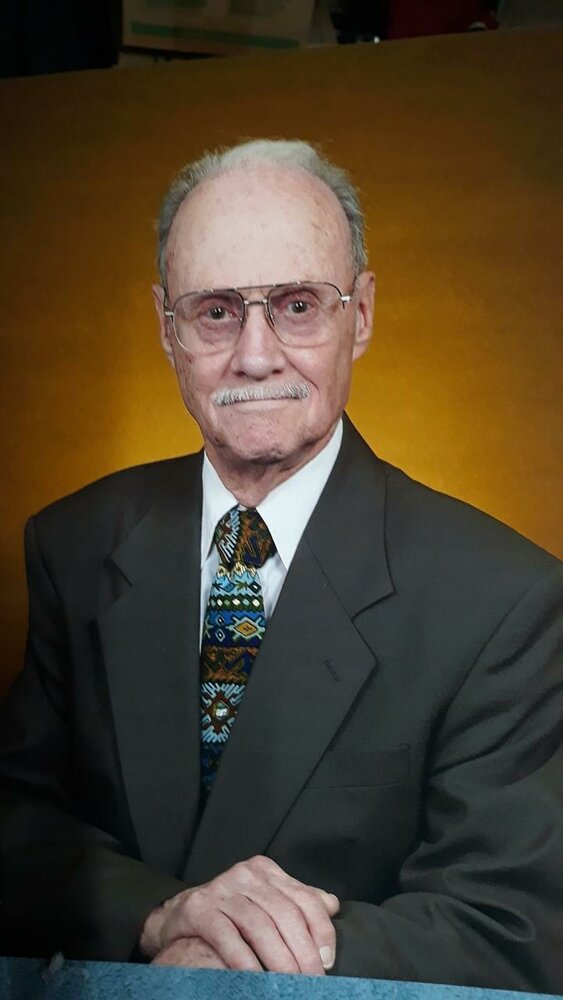 Hobart "Hobie" P. Newton, 103, passed away on May 31, 2022 at Crouse Hospital. He was born in Albany, NY to the late Hobart and Marion (Bigwood) Newton. He resided there until moving to Syracuse in 1950, after accepting a position at the College of Medicine- which later became SUNY Upstate Medical Center. He retired as Plant Superintendent after 33 years of service there. He was an Army Veteran (T/SGT) of WWII, where he was assigned to Supreme Headquarters Europe (SHAEF) as part of the contingent on General Eisenhower's staff. He was active in Boy Scouts for almost 60 years, as Scout Master of several troops; and served as an advisor to the Order of the Arrow (Boy Scouts Ceremonial Team). He has been the recipient of several awards, of which he was very proud- including Vigil Member of the Order of the Arrow, and his induction as Old Goat #14.

He was predeceased by: his wife of 57 years, Margaret (Myers) in 2000; and his sister, Janet Russell in 1998. Surviving are: sons, Jeffery (Donna) Newton of North Carolina, and Robert (Mary) Newton; two grand children; and four great grand children. The family would like to add a special thank you to Frances Bloomingdale for her compassionate care of Hobart over the last few years.

Calling hours will be held on Friday June 10 from 4 pm to 7 pm, at Ballweg & Lunsford Funeral Home, Syracuse. A funeral service will be held on Saturday at 11 am at the funeral home. Burial will follow at Onondaga Valley Cemetery.

In lieu of flowers, consider memorial contributions in Hobart's name to: the Humane Association of Central NY, at https://www.humanecny.org/

To have a memorial tree planted in an area of need in honor of Hobart, or to send flowers for services, please use the Send Flowers link to the left. Online condolences for the family may be left under his Tribute Wall.

To send flowers to the family or plant a tree in memory of Hobart Newton, please visit Tribute Store
Friday
10
June

Share Your Memory of
Hobart
Upload Your Memory View All Memories
Be the first to upload a memory!
Share A Memory
Send Flowers
Plant a Tree