Sign in
Recommend Bernard's obituary to your friends
Send Flowers

In loving memory of 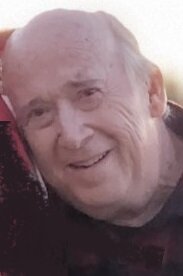 Bernard D. Golden, Sr., 70, of Fabius, passed away on August 17, surrounded by his children. He was born in Cortland, NY in 1952 to the late Robert and Arlene (Compton) Golden; the third of eleven siblings. After graduating high school he began working at Knapp's Greenwood Farm, as a dairy farmhand. He was employed here for the next 40 years until his retirement in 2011.

Bernie was a hardworking father of five, who devoted much of life to his family. He enjoyed the great outdoors and frequently went camping, fishing, and hunting. After retirement Bernie could often be found in his garden, which was nearly as large as a football field! You could count on driving by the house to see Bernie mowing his lawn. He held his family in very high regards and would go out of his way to ensure their happiness. He most enjoyed cooking for his family's Sunday dinners and spending quality time with them all.

Along with his parents, Bernie is predeceased by: son, Bernard Golden, Jr.; and siblings: Kenny, Tom, Bonnie, Steve, and Rusty. He is survived by: children: Robert (Erin), Barry, and Amiha Golden; grandchildren: Josh, Alyssa, Kaitlynn, and Matthew "Ty"; siblings, Nancy, Kathy, Larry, Jeff, and Jon; as well as many nieces and nephews.

Calling hours will be held on Tuesday August 23 from 11 am to 1 pm at Ballweg & Lunsford Funeral Home, LaFayette. A funeral service will follow at 1 pm.

To have a memorial tree planted in an area of need in honor of Bernie, or to send flowers for services, please use the Send Flowers link to the left. Online condolences for his family may be left under the Tribute Wall.

To send flowers to the family or plant a tree in memory of Bernard Golden, Sr., please visit Tribute Store
Tuesday
23
August