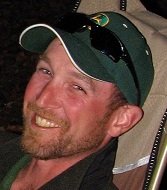 Travis S. DeOrdio, 45, passed away on June 21, 2019. Born and raised in the Valley, Travis resided with his family in South Onondaga for 19 years and was a 1992 graduate of Onondaga Central.  He had previously worked at New Process Gear and IBEW 1249 for many years. An avid outdoorsman and hockey player, Travis loved his time in the woods and on the ice.  He was a passionate fan of the Pittsburgh Penguins, but what he truly cherished most was coaching and cheering on his two beautiful daughters in basketball, softball, hockey, and soccer.  Full of grit and tough as nails, Travis was known for his fierce loyalty to close friends and family, and a soft spot for a special few. His blood and his roots ran deep, and he was the guy you wanted to watch your back.  Travis’ sudden passing leaves a mountain of broken hearts throughout the Valley, Nedrow, South O, and beyond, but his legacy will live on through the everlasting impact he has had on so many. Surviving are his longtime soulmate and wife, Tracie (McClure) DeOrdio, of 26 years; his daughters, Mackenzie and Macey, who were the core of his existence; his father, David; his mother, Paula (Paul) Siegel; sister Tracey DeOrdio; and sisters-in-law Erin (Chuck) Rivera, Jessica Matthews; brother –in-law Douglas (Shannon) McClure; nephews Conner, Joshua, and Douglas; nieces Harley, Alyssa, Ava, Lindsey and Hope; the dogs he considered as family, Piper and Deuce. Calling hours will be held from 4PM to 7PM Wednesday June 26th at Ballweg & Lunsford Funeral Home, 2584 Field Lane, LaFayette. Funeral service will be Thursday June 27th at 10AM at the funeral home. Burial will follow in Onondaga Valley Cemetery in Syracuse.

To send flowers to the family or plant a tree in memory of Travis DeOrdio, please visit Tribute Store
Wednesday
26
June

Share Your Memory of
Travis
Upload Your Memory View All Memories
Be the first to upload a memory!
Share A Memory
Send Flowers