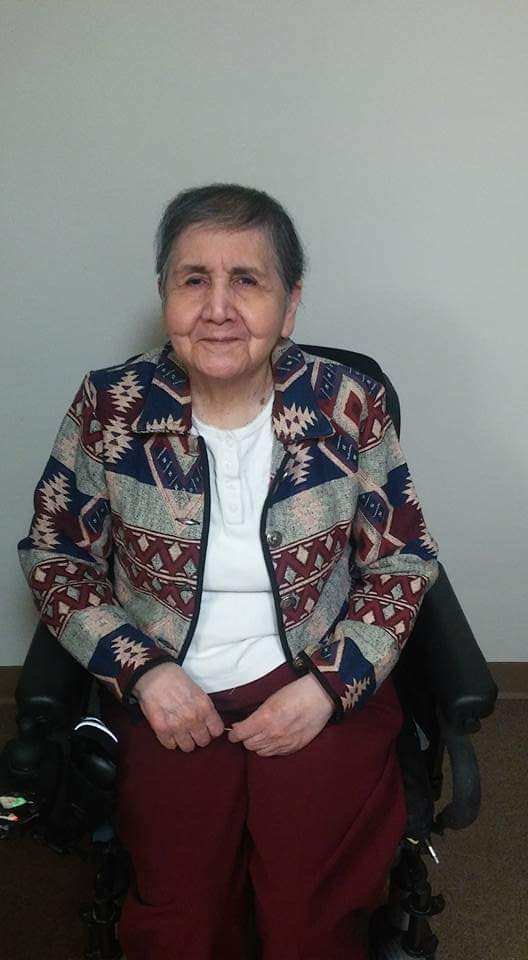 Beverly Powless was a staunch defender of the Haudenosaunee ways of life,

She participated in the route 81 protest of 1970, the Longest Walk in 1978 in washington,D.C. and many other native american rights events.. Beverly was a member Y teens youth group, secretary of the Ononadaga Nation School, and also a member of the Onondaga Nation auxiliary. She was a well known lifelong artist & historian of her culture, a portrait artist  and recently won 2nd place at the New York State Fair Indian Village at the age of 82.

Survived by sons  Tracy Thomas and Kelly Thomas,Grand daughter Eleanor Cathers Williams,grandchildren Franklyn, Mercedes,Mariah and Monica and her sister Phyllis Farmer..and many nieces and nephews of the Onondaga Nation.

and Monday 10:00 am Oct.28th at Jennifer Powless residence

11:00 am at Onondaga Nation Longhouse

Friends may call at their convenience.

To send flowers to the family or plant a tree in memory of Beverly Powless, please visit Tribute Store

Share Your Memory of
Beverly
Upload Your Memory View All Memories
Be the first to upload a memory!
Share A Memory
Send Flowers