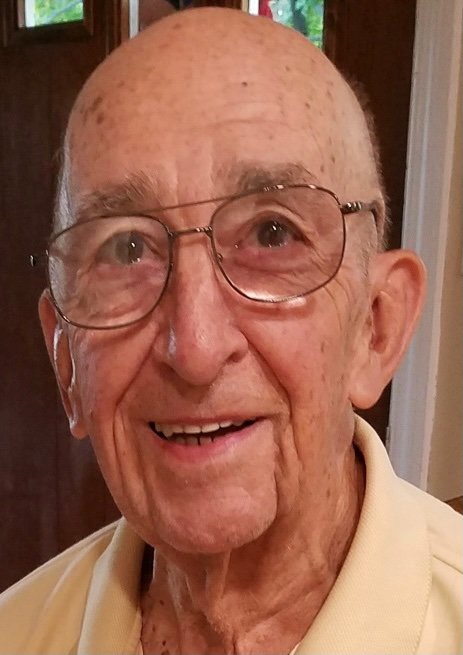 Donald J. Kresser, 90, of Syracuse, passed away January 8, 2021, at Brookdale of Georgetown, TX. A life resident of Syracuse, Don attended Onondaga Valley High, where he met the love of his life, Patricia (Rahrle) Kresser, whom he married in 1952.

Donald served in the Navy’s Ceremonial Guard and carried our nation’s flag during President Dwight Eisenhower’s inauguration. After returning from Washington, D.C., Don and Pat joined St. James Parish, where they enjoyed a lifetime of Christian faith and many friendships centered around the church. Following his service in the Navy, Don was employed by Kemper Insurance Co., where he later retired as Regional Sales Manager.

He coached Valley League Baseball, Valley Broncos Football, attended horse shows, trackmeets, CYO basketball- all to support his children and grandchildren. Social gatherings with family and friends are what Don liked best. At home around the kitchen table, outdoors at Brennan’s Beach, or getting together with the St. James crowd, Don was always quick with a smile and a nice compliment to let you know he appreciated you being there.

Don is predeceased by his wife, Patricia- whom he missed very much since her passing in April 2019. He also leaves behind: his children, Jeanne (John) Ronstadt, Stephen (Kelly) Kresser, John (Vicki) Kresser, Ted Kresser, Mary (Gary) Kresser; and grandchildren who will miss him dearly, Colin, Lindsey, Kristopher, Abbey, Justin, and Jeremy.

Services will be private. A celebration of Don’s life will be planned for a later date. Say not in grief “he is no more”, but in thankfulness, that he was. Online condolences for Don’s family may be left on his Tribute Wall on the funeral home website.

To send flowers to the family or plant a tree in memory of Donald Kresser, please visit Tribute Store

Share Your Memory of
Donald
Upload Your Memory View All Memories
Be the first to upload a memory!
Share A Memory
Send Flowers
Plant a Tree