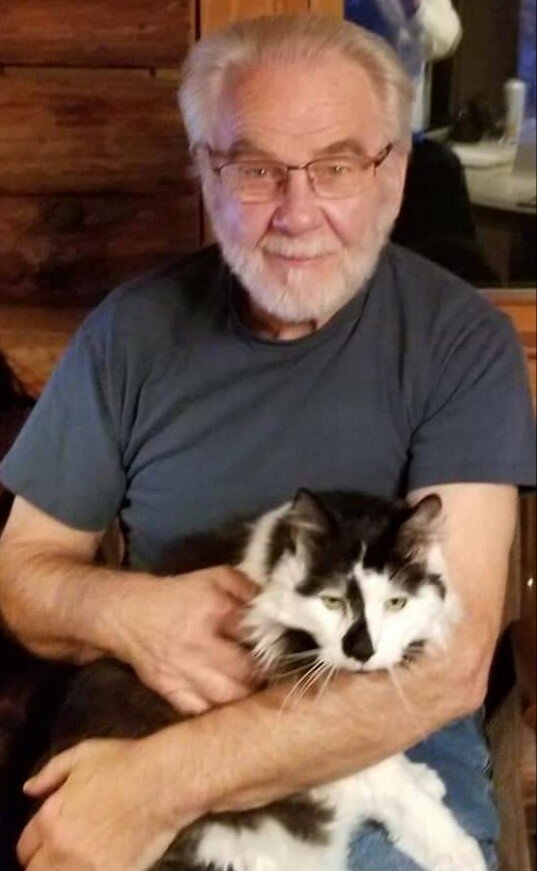 Gregory Joel Scammell, 74- known by everyone, simply as Greg, died peacefully at his home in LaFayette, on the afternoon of Saturday May 28th, 2022, surrounded with an abundance of love. He was born September 5th, 1947 to the late Lyndon and Janice (Squire) Scammell; joining his older brother, Barry, to complete the family.

After graduating from LaFayette High School in 1965, Greg went on to Alfred State College, where he received his Associate's Degree. From 1968 to 1970, Greg proudly served in the U.S. Army, 4th Infantry Division, in Vietnam. During that time, he was a Recon Patrol Leader, Communications Platoon Sergeant, Radio Section Chief, Safety NCO, Training NCO, and CBRN (Chemical, Biological, Radiological, Nuclear) NCO. He often mentioned how proud he was to have befriended the Montagnard people of the Central Highlands. Upon his return from Vietnam, Greg went on to earn a Bachelor's Degree in 1973 from SUNY Potsdam; and later a Master's Degree from Syracuse University in 1977.

Greg enjoyed a decades-long career as a Software Designer/Developer- creating large financial systems for international and multinational corporations, as well as locally, for Niagara Mohawk. He also served nearly 30 years as Town of LaFayette Supervisor. He remains the 1st and only Town Supervisor in Onondaga County to be elected without an endorsement from either political party. Once he realized that retirement wasn't very interesting, in and of itself, he began a nearly 15 year long gig as a Substitute Teacher- making friends and challenging young minds at Tully, LaFayette and Fabius/Pompey Schools. As an avid reader, Greg has read thousands of books, and was passionate about his time teaching literacy to young boys. He even worked with the Jail Ministry, hoping to remind men that after facing the consequences of their actions, they could always turn their lives around and do better. A kind, witty, honorable and humble man, Greg mostly listened and learned from every opportunity around him. He was captivated by research and knowledge, seldom revealing that he is, in fact, a MENSA member. He loved his hiking/sightseeing adventures; and his infamous 60,000 miles driven to nowhere over the years with dearest pal, Nick. As he paved his way through an amazing life full of love, friendships, experiences, and joys, he always held tight to something his parents told him, "No one cares if you struggle, so if you want something, you will have to work your way to it."

Along with his parents, Greg is also predeceased by his brother, and beloved pets: Cody, Baron, Rachael, Ruth, Bob and Hoover. He is also predeceased by the love of his life, Connie Pond, whom he said was, "the kindest, sweetest, most sincere person he'd ever met". Greg is survived by: his Sister-in-Law, Janice Scammell of Plymouth, Massachusetts; nephews: Mark, Kevin and Douglas; cousins: Jean(Tyler) McCarthy of LaFayette and Philip (Leilani) Reitano of Preble; and Connie’s sisters: Dee (Dan) Zajac, Laurie (Mark) Ellsworth, Kim (Robert) Carter, and Sheree Scrano. He makes special mention of his "sons and brothers by choice" that he loved deeply, and has left to mourn his passing: John Pond, Kim (Thao) Hoang, Nick (Tabatha) Zupan, Marshall (Rose) Taylor, Jim McGraw, Roy Dodge, Dick Baker, Chris (Heather) “Chuck” Busek, and Billy Putzer. He certainly cannot leave out his devoted furry feline companion of 17 years, Thomas.

Per Greg's wishes, there will be no funeral service at this time. Instead, the family plans to hold a Celebration of Life in the near future. They ask to consider memorial donations in Greg's name to: Your Local Boy Scouts, Animal Rescue, VFW, or Literacy Program.

A very special recognition is noted for those who had the privilege of loving, and caring for Greg, in his final days. To follow in Greg's unpretentious footsteps, we will simply say: "It was our greatest honor and our deepest heartbreak". We LOVE you, so much, Greg!

To have a memorial tree planted in an area of need in honor of Greg, please use the Send Flowers link to the left. Online condolences may be left under Greg's Tribute Wall.

To send flowers to the family or plant a tree in memory of Gregory Scammell, please visit Tribute Store

Share Your Memory of
Gregory
Upload Your Memory View All Memories
Be the first to upload a memory!
Share A Memory
Send Flowers
Plant a Tree